“BOOM! Blue And Orange!” The Entire PS4 Event Summarized In Under Four Minutes 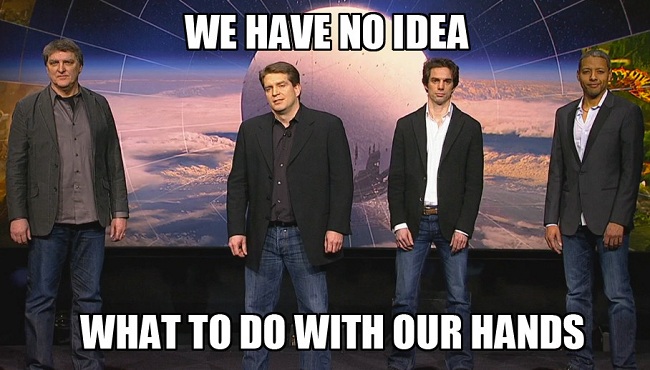 Nathan did a very excellent roundup of last night’s PS4 press conference to save us all some time. Now we also have an even shorter summary, with a dash of cheeky British wit from Matt Lees (last mentioned here for OXM’s Breakdown of sexism in video games).

His “abridged version” of Sony’s PS4 conference is three and a half minutes of spot-on commentary, with quotes like:

And, for the love of God, never stop pretending you’re a dragon!

The post “BOOM! Blue And Orange!” The Entire PS4 Event Summarized In Under Four Minutes appeared first on UPROXX.