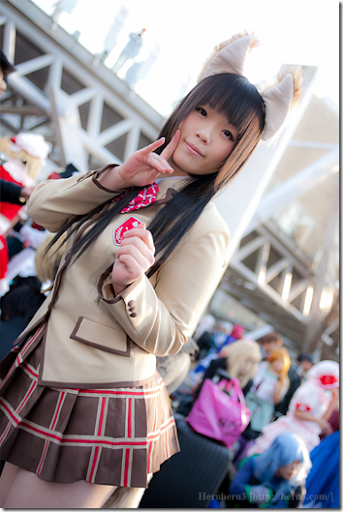 Now this is interesting.

Not only is the uniform cute, but there is an additional cuteness of… cat ears or fox ears?

I’m tempted to say fox ears, because that symbol she’s making with her hand is a fox, right? And it looks like she has a tail too!

Anyone have any idea what series she’s from and what the name of the character is? Thanks again to Ophelia for sending this!

EDIT: Thanks to Roy for letting me know this is Minamoto Chizuru from Kanokon!