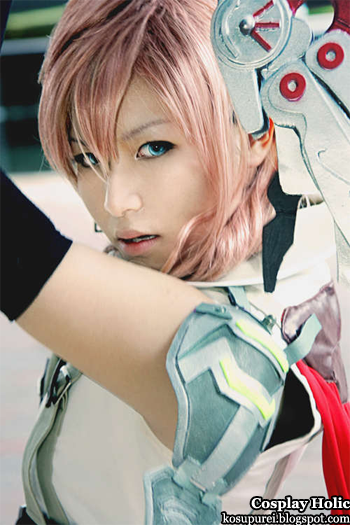 A former Guardian Corps soldier, Lightning wields a gunblade called the Blazefire Saber, which is also known as the Blaze Edge in Japanese. It is a combination of a gun and a sword, one collapsing into the other. Lightning is known to be very agile, and uses acrobatic moves in battle.

Beautiful cosplay by Rainer Tachibana! I think she really captures the character in this photo very well. Thanks to Katrina for suggesting this!