Who is Catherine Halsey? Is she the Master Chief’s Mother? 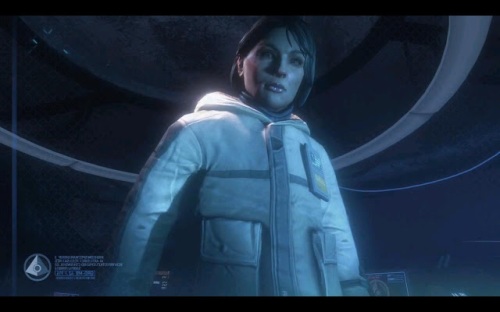 Well, given what happened to the Master Chief, she may as well be his mother!


Within the Halo universe, Dr. Catherine Elizabeth Halsey is a civilian scientist in the United Nations Space Command. She appears in the novels Halo: The Fall of Reach, Halo: First Strike, and Halo: Ghosts of Onyx. In the novels’ fiction, a flash clone of her brain tissue is the basis for the construction of the “Artificial Intelligence Cortana.


As the creator of the SPARTAN-II Project, she approved the plan for the kidnapping of children who were trained as Spartans.


She is viewed by the SPARTAN-IIs as a “mother” figure, and addresses each soldier by their name rather than designation. Catherine Halsey justifies her actions through her belief that the suffering of a few is acceptable for the benefit of many (kind of like a Star Trek “needs of the many, out weigh the needs of the few” argument).


Being closest to the Spartans (hence the ‘mother’ status), it was Halsey who amongst the first to recognise the talents of Spartan 117.

“This boy could be more useful to the UNSC than a fleet of Destroyers, a thousand Junior Grade Lieutenants — or even me. In the end, the child may be the only thing that makes any difference.“

Catherine Halsey speaking to Lt. Jr. Grade Keyes, in Elysium City where the Master Chief was raised, on the planet Eridanus II.

Where was Doctor Halsey during the Fall of Reach?


In 2552, when the Covenant made their attack planet reach, Dr. Halsey was working in ONI’s CASTLE Base. She volunteered to remain behind to ensure that all UNSC technology was secured from possible capture. She initiated Operation: WHITE GLOVE, destroying several Artificial Intelligences (including Cortana’s “older sister” Kalmiya) to keep the Covenant at bay from accessing the UNSC’s databases. With an expectation that the Covenant would glass the planet of Reach and knowledge that even if they didn’t, she would be facing an entire army of Covenant ground forces, her actions where done in the knowledge she would certainly face death.


However, this changed when Spartans Fred-104, Kelly-087, Vinh-030, Isaac-039, and Will-043 appeared at the entrance to CASTLE Base. With the firepower to potentially fight their way out, the possibility of surviving CASTLE Base’s destruction became greater than the possibility of completing the final journey…

This action is potentially a plot point for the Xbox game Reach, as is the next part of what happened at Reach…

During the next five days, after escaping into a series of mine shafts, the Spartans and Dr Halsey searched the mines, looking for either an exit or for what Dr. Halsey would dub “the most important discoverery of the millennium”.

On the fifth day, Spartan Fred found an entrance way into a large Forerunner structure, and within, the Forerunner Crystal. With this interference the crystal sent a spike of neutrino radiation, attracting the attention of the attacking Covenant.


Following a Covenant attack, Doctor Halsey and her Spartans retreated into a hallway and sealed off the entrance, losing contact with Isaac and Vinh in the process. However, they quickly discovered that the hallway was a dead end.


Days later, a group of Spartans, including John-117, rescued Dr. Halsey and the remaining Spartans and evacuated them from Reach to the captured Ascendant Justice.


Dr. Halsey later recognized the importance of destroying the Forerunner artifact after it caused a Slipspace anomaly that nearly resulted in the destruction of the Ascendant Justice. After escaping Reach, the group fled to the asteroid belt that the Spartan’s first mission had been in. While there, she stole the rebel governor’s spacecraft and, along with Spartan Kelly-087, whom she had sedated, escaped into Slipspace.


When asked by Admiral Whitcomb as to the reasons for her actions, Dr Halsey gave a simple UNSC code ‘Three-Nine-Two’ – which meant that she was on a high priority mission. She entrusted the Forerunner Crystal to Corporal Locklear, telling him to keep it safe, hidden, and to do whatever it took to keep it from falling into enemy hands, otherwise the Covenant would be able to go a hundred times faster in Slipspace. The Corporal actually chose to destroy the crystal and died as a result of the resulting explosion.


In the aftermath of the battle, Halsey was presumed dead by the Office of Naval Intelligence and honoured, with other personnel, on a plaque at ONI Alpha Site.

It can be assumed the SPARTANS and Johnson neglected to report her retrieval from CASTLE Base then her following kidnap of Kelly and apparent desertion from the UNSC.

Another possibility is that her name was added to the wall after the Battle of Reach but before the Spartans returned to Earth.

The story continued – get the books if you want the full story – who know’s though, Dr Catherine Halsey may turn up in Halo: Reach!

This page was compiled using the resources of:
Halo Wikia and Wikipedia with some edits from myself.