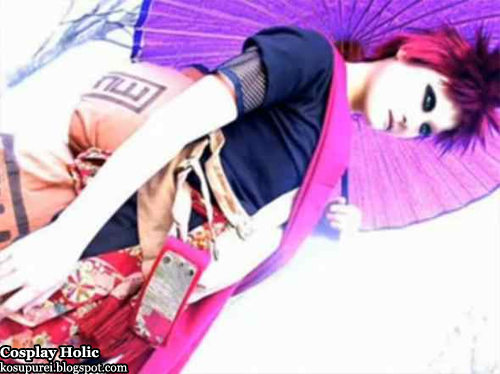 I have little knowledge about this character, though I have heard from several friends that the rings around his eyes are a result from not sleeping… I’m serious, he doesn’t sleep because if he does, the sealed spirit within him attacks anyone at random.

It’s sad though, that he lost his mother and his uncle (the only one who cared for him)… His father only sees him as a threat, and so he lives without ever feeling what love is.

Anyway, this is a beautifully made costume… His green eyes literally haunts you and the attention to details is awesome.