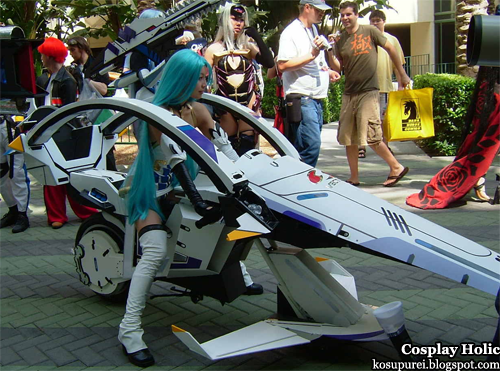 The cosplay is awesome, and the bike is even more awesome, so please click on the image to view the larger image in its full glory…

The cosplayer is recreating KOS-MOS from Xenosaga, an android developed by the interstellar conglomerate Vector Industries. The name “KOS-MOS” stands for “Kosmos Obey Strategical Multiple Operation Systems”, a recursive acronym used to denote an anti-Gnosis tactic system. She has a tendency to put logic and probability first makes her difficult to manage at times. Her true identity is that of Mary Magdalene, called the partner of the Messiah.

I love the cosplay… Makes me wonder if one is allowed to drive such a vehicle in public.