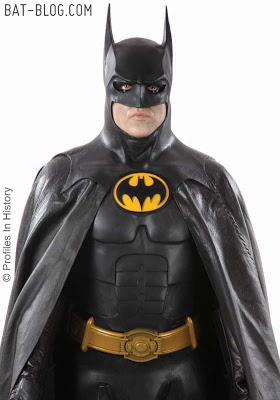 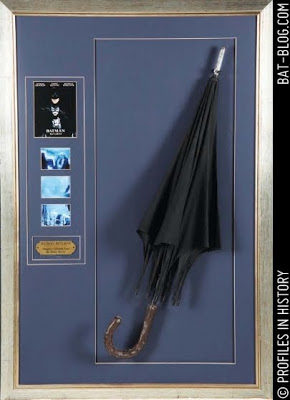 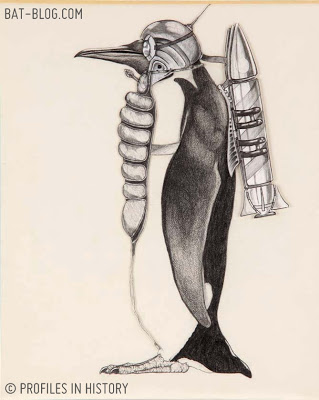 Tonight, in California & online too, the famous Auction Group PROFILES IN HISTORY will be auctioning off a few very desired pieces of Bat-History! The sale includes an original Michael Keaton Batman Full-Costume from the Batman Returns movie, The Umbrella used by Danny Devito for his Penguin character, Original Concept Production Drawing of various characters from the film ( mostly revolving around the Penguin ), the “Gotham City Snow Globe” used by Poison Ivy ( Uma Thurman ) in Batman & Robin, The Sword used by Liam Neeson to fight Christian Bale in Batman Begins, Chris O’Donnell’s Robin “Ice Suit” from Batman & Robin, Jim Carrey’s Signature Riddler Cane from Batman Forever, & much much MORE! In fact, there’s almost too much to list, ha ha! But I gotta mention my favorite item, mainly for sentimental reasons, & that is they will have the Original BATGIRL Belt Buckle used for Yvonne Craig’s costume in the 1966 TV Series. This is probably the best piece in the auction revolving around the 60’s series. Well, they do have another lot with some scripts but I think this is way cooler! Anyways, if ya want to check out all the amazing stuff then just click HERE! & when you get there do a SEARCH for “Batman”.